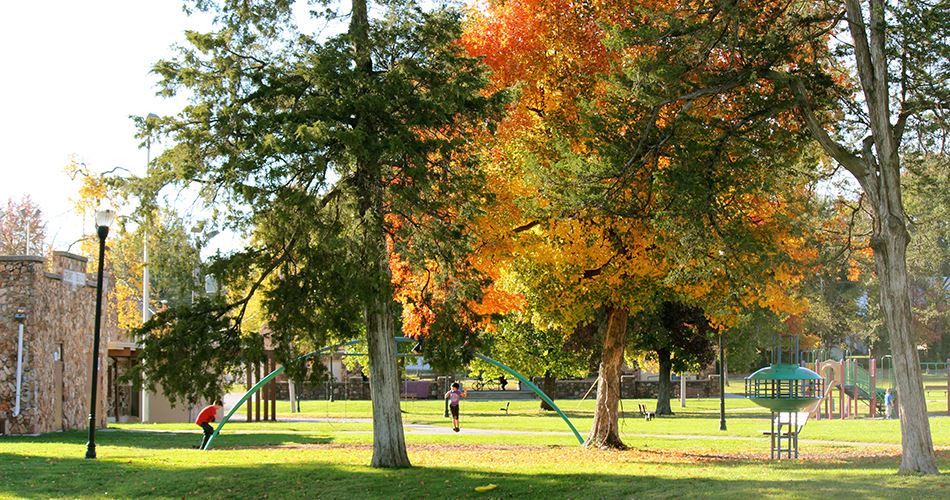 Grant Beach Park was one of the first new parks acquired by the Park Board, Feb. 3, 1914. Originally called Woolen Mills Park, after an old mill on the site, the name changed to Grant Beach Park Dec. 10, 1915 — Grant after Grant Avenue on the park’s eastern edge, Beach after a sandy beach alongside the park’s spring-fed swimming lake. The lake was eventually converted to a swimming pool. The pavilion was built in 1944. The 15-acre park also includes a playground, tennis courts, basketball court and ball field. The Boys & Girls Club of Springfield - Henderson Unit is located in the park. A decommissioned Frisco Railways steam engine was installed in 1953 and is now home to the Railroad Historical Museum. Grant Beach is a designated School-Park for nearby Weaver Elementary School.